Below is a selection of maps created by the team at the Atlas of Marine Protection (MPAtlas.org). We provide them to be used for non-commercial use.  Please credit "MPAtlas.org. [Current MM/YYYY]."  We ask that you consider a one-time donation if you have found our maps useful.  It would really help us continue to update these maps and make them available to the public.

Altered versions can be provided by request, at a cost based on the time needed to make the changes.  Please inquire at info@mpatlas.org if interested.

The Atlas of Marine Protection Team 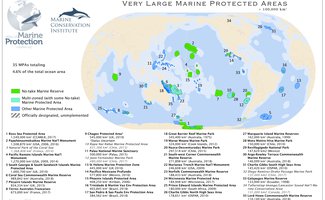 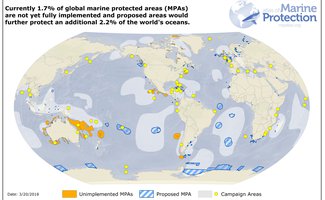 Interactive and current version of this map HERE. 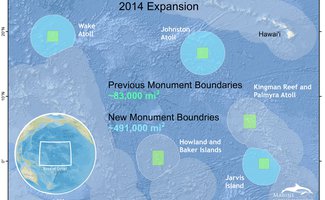 Map of the 2014 expansion of the Pacific Remote Islands Marine National Monument.

MPAs of the Pacific US

Marine protected areas in the US Pacific EEZ. Map in square miles. 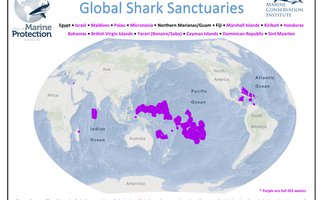 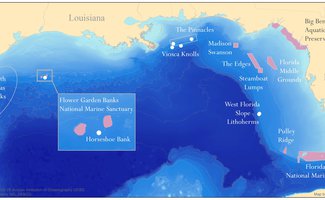 Digital Journal: The U.S. now has the largest marine reserve in the Pacific

Huffington Post: How to Protect the Ocean from Us?

Sailors for the Sea: Protecting the Pacific!

Atlas of Marine Protection in the News

The Atlantic:  A Blueprint for Protecting the World’s Oceans

Grist.org: Via the Marine Conservation Institute - The Great Barrier Reef's No Good, Very Bad Year Will Test How Fast It Can Adapt

Marine Science Today: Everything You Need to Know About Marine Protected Areas

One Green Planet: How We're Working to Protect the World's Oceans for Future Generations

Science Daily: Protecting 30 percent of the ocean has many benefits, study suggests - Protecting large stretches of the ocean from human influence may well be good for conservation