MPA Sites Designated through this Campaign

The Eastern Tropical Pacific Seascape Project is a partnership between the governments of Colombia, Costa Rica, Ecuador, and Panama, along with Conservation International, the UNESCO World Heritage Center, and the UN Foundation. The Eastern Tropical Pacific Seascape includes sites that are some of the most famous places on Earth. Its deep blue waters, rich coastal habitats and unique wildlife (including one-third of the world’s whale species) have inspired millions. In fact, each of the four countries within the region boasts a marine UNESCO World Heritage Site — including the Galapagos Marine Reserve in Ecuador, the site of a well-known visit from Charles Darwin in 1835. 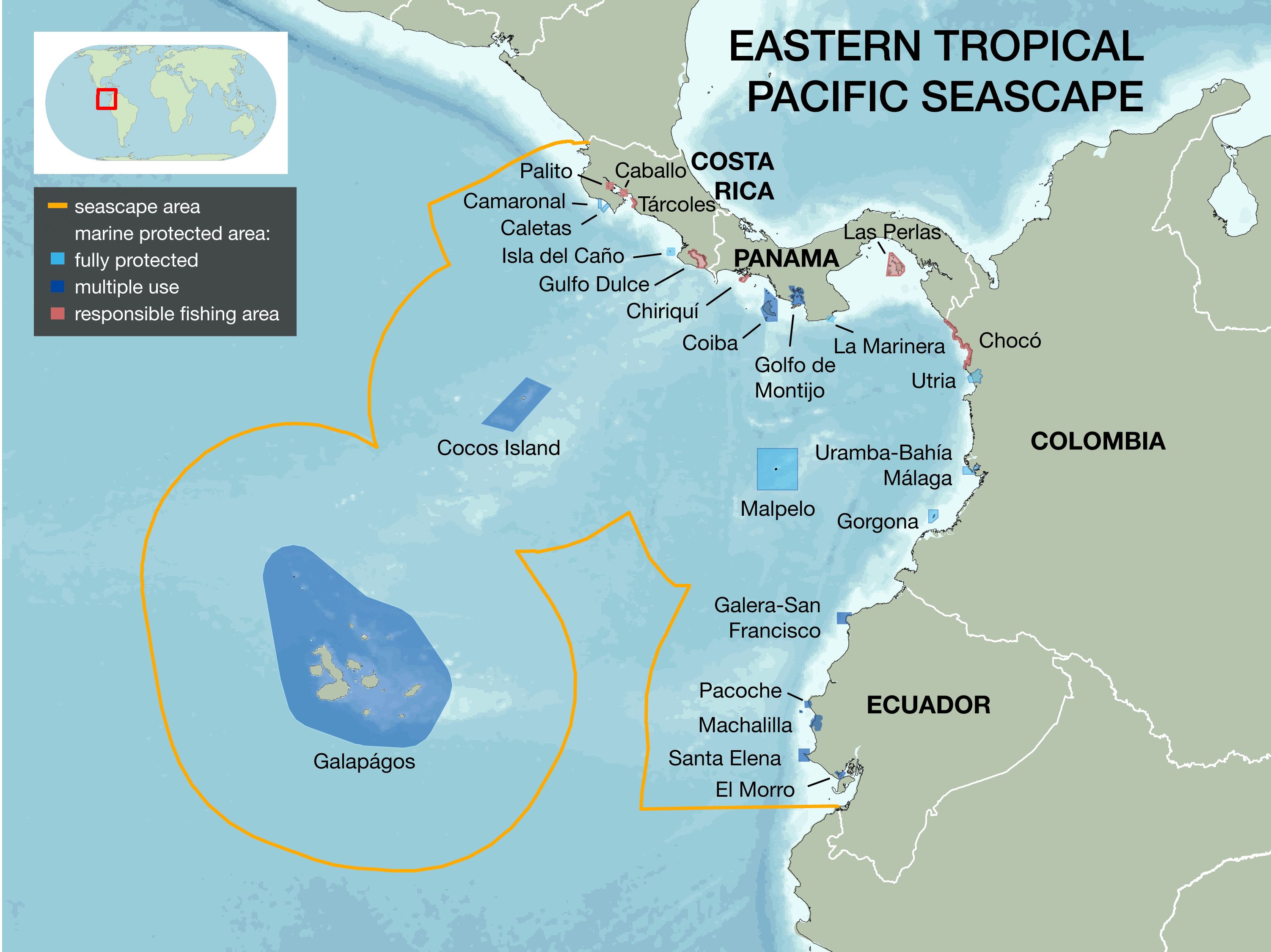